Little Freddie King is the real deal. He hopped the rails at the age of 14, and went from his family farm in Mississippi down to New Orleans, ’cause that town was swayin’ with sound, and he knew he had to be there. The ever magical Lynn Delmastro in our studio got in touch with him, and his manager, “Wacko” Wade Wright, and we were invited, briefly, into his life, and his music. It was enriching and wonderful to be around Little Freddie. I doubt a nicer man ever picked up a guitar. 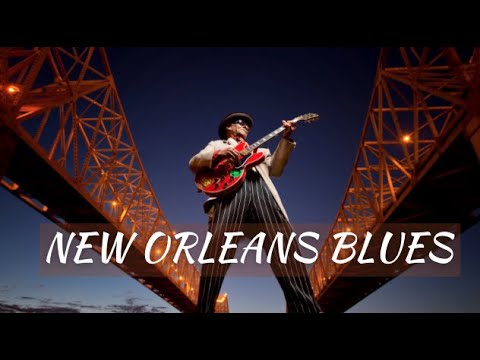 We shot this short, sweet and simple,’cause that’s what we know how to do, just a little, right now. We’ve taken first steps into the world of moving, talking pictures. For fully developed, expansive video efforts shot with the D4, please check the sites of my colleagues, Bill Frakes and Corey Rich. (Those guys know what they’re doing.)

In our most recent video effort on 9/11, I was basically an interviewer, while the gang at my studio, Drew Gurian, Mike Grippi, Mike Cali, and Lynda Peckham, at different times for different subjects, ran the D7000 cameras. The questions I asked came naturally to me, as the subjects of the interviews I knew for ten years, and call many of them my friends. This was different. I took a dive into Little Freddie’s music and history, which I didn’t know anything about, and found myself drawn to his lyrics, and sounds. His songs formed the basis for my questions. At one point I said to him, “Little Freddie, you’ve written some of your songs about bad women. Are they real?” He shook his head. “Oh, yeah,” he replied. “I never should have gotten into that cab that night. It was the gin talkin’ to me that made me do it. I got in the taxi with her. She was a bad woman.” He shook his head again, mournfully. “My wife.”

It was also very different, making a video with a D4. The camera enhances and enlarges possibilities, simply put. For tech info and specs, hit this link.

For the interview, I asked the questions and ran a static D4 on sticks, which was no big deal in terms of camerawork. Drew Gurian and Mike Grippi both did the heavy lifting for the moving and sliding views. It was strange for me, I have to admit, having my eye glued to a monitor instead of an eyepiece while we, as a team, walked along here and there with Freddie. My whole career, I’ve told stories by stopping things. Now, in addition to seeing a frame, I found myself thinking about where that frame could move. But, here’s the thing I do know, being a photographer. When a shooter comes to you, impassioned about making a shot, you say yes. Drew and Mike would conjure a camera slide, or a pan, and describe it, and we’d shoot it. It makes sense to allow visually talented eyes to roam, and do what they will do.

Drew then did a rough cut, and organized the footage, and we worked with Russell Peckham of Peckham Productions, a long standing video operation on the East Coast.  Russell has taught us the meaning and importance of having a good, experienced video editor on our various projects. His post skills shape the look, and the logic of the story.

During the two days we shot this, besides working the video, I also had still responsibilities, and I was not going to pass up the opportunity to do portraits of a truly unique subject like Little Freddie. In the old kitchen of the plantation we worked at, I made one of my favorite portraits of late. Shot with a D4, ISO 100, 19mm lens, f5, 1/10th.

We also went across the river from New Orleans, right at the cusp of darkness, and shot this CLS portrait, using a Lastolite 8 in 1 umbrella. I love this thing. You can shoot scattered soft light when you use it as an umbrella, but then pull a velcro port off the backside of it, pump a light through that small area of diffusion, and it behaves like a soft box. Shot with a D4, ISO 400, 24mm lens, f4, 1/2.5.

Little Freddie, showman that he is, was a natural in front of the camera, of course. He made for a wonderful subject for stills. But, his is a story that has heart, soul, history, legs and music. Shooting the video let us see him, and let us listen, too.

Datuk Chachar: Penetrating the Surface of a Subject