In a continuation of my conversations with former National Geographic Directors of Photography, I have asked Richard Clarkson to share his experiences at the helm of the photography department.

Rich Clarkson was Director of Photography for the National Geographic Magazine from 1985 to 1988.

Since leaving the Geographic he operates the highly regarded editorial, sports, and adventure workshops, Photography at the Summit and heads a multimedia company, Rich Clarkson and Associates LLC, that packages photography books and manages sports photography services including “NCAAPhotos” in which they photograph all 89 NCAA championships every year.

Clarkson worked as director of photography for 25-years at the Topeka Capital-Journal where he started the careers of such noted photographers and editors as Brian Lanker, Chris Johns, David Alan Harvey, Sarah Leen, Jim Richardson, Susan Biddle, Mark Godfrey, and David Griffin. He also was a contract photographer for Sports Illustrated for 25 years, assistant managing editor of The Denver Post, and president of the National Press Photographers Association. He is a recipient of a Lucie Award, NPPA’s Sprague Award, the Alumni Medallion and the National Citation of the School of Journalism at the University of Kansas, his alma mater.

Like Kent Kobersteen, I have spent much of my professional life moving on from an early role as staff photographer to a director of photography. My time spanned two successful newspapers and eventually, the National Geographic Society. It included working as a contract photographer for a news weekly and the nation’s premier sports magazine, as well as the editor of a number of books and photographic projects. So from both sides of the fence, my career has been about the business of getting good pictures and then using them well.

So what did I learn in these various stages? And what should all photographers know?

This is about what directors of photography do, and how to use them well.

First, a director of photography is your friend — and your spokesman, your salesman and often, your mentor. But he is a middleman. His job lies between you, and the users of your work, along with a picture editor and various other layers of editors whose job it is to combine the visuals with words. It is a very competitive environment. Some managing editors are brilliant manipulators of all the elements to tell a story most effectively, but often they can use help. Dealing with various magazine editors over the years, often a scene of negotiations and compromises.

At National Geographic, tradition places emphasis on the pictures first and the compromises are mostly which pictures tell the story most effectively. Over the years, this tradition remains one of intelligence — understanding that the pictures do not need to tell the exact same thing as the text, but that the two should complement each other. The Geographic has been blessed with editors who understand this, as is currently the case with editor-in-chief Chris Johns, who spent most of his earlier professional life as a photographer. But Chris Johns also has an appreciation of fine writing — one of his first objectives when taking over as editor-in-chief was to raise the level of writing by bringing new voices of talent. The photographs were already in good hands.

The great underlying work of a director of photography is almost always (often quietly and below the surface) educating. Educating editors to appreciate pictures and talking about their best use. Sometimes a simple photograph makes the best statement, while at other times, a complex picture in a carefully orchestrated setting compliments the story telling. In some magazines, that extends to “educating” an art director who holds much power along with the editor. Luckily today at the Geographic, design and presentation is in the hands of a brilliant editor, Bill Marr.

It is a important for a director of photography to help photographers understand their story line — as often their preconceived idea gives way to the discovery of a different thrust as photographer and/or writer move forward. In mid-course (most Geographic stories have a halfway point to look at and discuss the initial work, sometimes to re-think the project) to plan how to make the story most effective. But the key to a successful story begins when the director assigns the photographer.

Doing research and homework is crucial to getting that assignment. When Jim Richardson proposed a story on the Ogallala Aquifer stretching underneath the prairies of Kansas/Nebraska/Colorado, his research was so complete, that he helped educate the assigned writer.

When I was director, a photographer we had never previously used arrived with a portfolio and story idea. His portfolio showed the talent of a National Geographic photographer, so what was the story idea? Oil exploration all over the world, explained George Steinmetz. The idea was instantly compelling. So how do you know about this? When George explained he had graduated from Stanford with a degree in geophysics — I took him right to editor Bill Garrett’s office and he had a major Geographic assignment in one hour. The story was one of the largest ever published in the magazine and was the first of 31 stories George has since done. Right talent, right place, right time – and most importantly, right homework.

Other aspiring photographers may not have such appropriate degrees, but there are many other ways to arrive informed. And that makes a director of photography’s job rewarding for all.

As a middleman, the director’s relationship with the Editor in Chief is also crucial. I was blessed at the Geographic when Bill Garrett was that editor. He was, in my opinion one of the two best editors in the 125 years of the magazine. No one today has the opportunity to work with/for/under (all those apply) Bill Garrett, who is now retired. After him, came Bill Allen, who presided over the “modernizing” of the magazine which set the scene beautifully for today’s magazine. My other favorite editor is Chris Johns, who runs the show today, and he is easy to approach.

Directors of photography are jugglers in an ever-changing scene and even respond to such interesting elements as changes in the personal lives of their staff members. How Robb Kendrick thought and worked at age 18 when I first hired him is much different than how he works today, influenced by many other factors in his life — including a talented wife and two young sons. How David Alan Harvey thinks and works today is different in some ways from 25 years ago, but in many other ways, is exactly the same. He is motivated today by the same ideas that drove his career at its beginning.

Every talent is different and the sands of change are always blowing — and good directors of photography understand that, often acting as if a practicing psychiatrist. Photographers who respect directors should share their changing priorities and interests regularly. Part of all this is career journalism and another part is artistry and all the passions, interests and desires that entails. Artists are different. And good directors appreciate that.

I was brought into the Geographic to change how the photographic department worked. The problem with that was almost no one wanted change — and that is still inherent in today’s National Geographic Society. Change comes reluctantly, and there are many things in the Geographic that should not change. The trick for the editor and the managers is to produce a contemporary magazine that readers want, while using your main tools — the creativity of the staff, some of which “get it” and some don’t. But in the end, the ultimate judge is the reader.

The Geographic is an American treasure that holds a unique place as a trusted and intriguing messenger that looks both backward and forward at the same time. Editors and directors of photography operate in that special arena. Photographers as the respected contributors need to understand that, too.

And the director is your friend.

So how does one get a job, an assignment, or simply crack the scene at the Geographic — or for that matter of fact, almost any other magazine or newspaper?

First, never approach anyone by telephone. You have no way of knowing what is on that director’s agenda at the moment — nor just what is going on at his desk when you call. You can use e-mails, but be aware most directors are getting scores of e-mails every day and will probably respond when they know with whom they are messaging. Short specific e-mails are best, and don’t ask for any information you should have already researched, such as, “What are you looking for in a new photographer?” E-mails can be good only if used correctly.

Do your homework. Find out just what your chances are, what the priorities are at the moment, and the likelihood of even getting to first base. How do you find out these answers? Get in touch with an insider who already works or does regular work there — and this will be someone who is not inundated with aspiring photographers who may have time to talk on the telephone. If you don’t know them, start out by complimenting them on a specific recent work. Of course, that means you need to have read the magazine/newspaper thoroughly in order to talk of specific work you admire. Then let them tell you such things as when the best time to contact the director may be, what he/she really wants to see/hear or what specialty they are interested in, and when they may be actually looking to hire.

When it comes time to present a portfolio, tailor it to a) what you do best and b) what the Geographic (or other publication) uses. Accompanying it with a story idea (assuming you have a good one and can present it well) that shows you are thinking. But be aware that you could be suggesting a story that may already be assigned or “in the can.” (The Geographic like many other publications has many subjects in progress long before publication.) That’s where your insiders can help. They can probably tell you if someone else is already working on something similar. The greatest sin is to suggest a story that actually ran in the magazine three years ago. Do your homework!

Make sure the portfolio is the best it can be — carefully edited and succinct. When I was director, I actually received the portfolio from an applicant for a summer internship that was so huge, it arrived in a wooden crate. The equipment shop had to open it for me literally with hammer and crowbar. And as you might suspect, it was not a winner.

Finally, let me tell you personally how I have always hired people — whether for a staff position or a single assignment. Bob Gilka used to say that I was the best “discoverer” of new talent in the country. To me, it was always simple for the best people were easy to pick — and Bob had picked some pretty good ones in his time, too. Good people, with intelligence, commitment and “fire in the belly” just stand out. I have always been more interested in the personality than the portfolio.

Someone who really cares will get the pictures – so the difference between individuals is called talent. I have never been interested in aspiring photographers who produce work (and portfolios) that look like the previous year’s contest winners, or their version of what they think I want. What I want is someone who is solidly professional, different from everyone else, and of course, publishable.

It is called uniqueness. As the saying goes, I can’t define it but I know it when I see it . . . 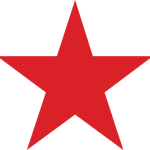