After executing six handsprings in a row, the cherubic six-year-old beams with satisfaction, while one of his fellow acrobats winces as he tries to contort his body into a metal tube.  It’s all in a long day’s work for these Chinese children in Wugiao, in Hebei Province, who are studying at the elite International Acrobatics Art Training Center.  Their parents have paid as much as 8000 RMB ($1280) per month for the privilege of having their children learn an ancient art that has thrived here for over two thousand years and that may prove to be their ticket to success. If they make it here, a few of these children may even be accepted into the China National Acrobatic troupe that travels the globe entertaining audiences in capital cities of the west.  Others, who may not have what it takes to be hand-standing, back-bending ambassadors to the world, might join the many acrobatic troupes who perform locally throughout China.

I spent three days while on my Grand Canal story  [NG magazine, May 2013] in the small town of Wugiao, known as the hometown of Chinese acrobatics, and saw firsthand the tiny troupers who practice amazing physical feats.

Wugiao has a long history of training aspiring acrobats from 3 to 18 years of age from all over China. From tumblers to contortionists to jugglers and trapeze artists, all the circus arts come together here.  The training center is run like a family of athletes, with older students caring for the younger ones.  Children live in dormitories and are schooled by teachers who were former performers themselves.

Covering the local acrobatic schools and troupes in Wugiao provides a rare glimpse into the elite, often extreme, training techniques used for Chinese athletes, without the tight security and oversight of government-sponsored national schools and camps.  The provincial schools follow the same formula for producing world-class athletes as the national teams; they take children at early ages and work with them until they reach their prime age for performance or competition in their teens.

Watching these kids go through their paces puts a whole new spin on the concept of running away to join the circus.

Three-year-old twins are among the youngest students at the Changfa Acrobatic School in Wuqiao County.
Their program includes tumbling, juggling and basic education. 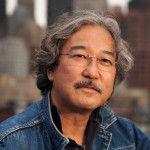