Carsten Peter, a World Press Photo award winner and regular contributor to National Geographic magazine, specializes in going to extremes: scuba diving in a glacier on Mont Blanc, crossing the Sahara on a camel, caving in Borneo. He is always living on the edge with his camera, searching for where nature is still pure and where his survival will depend on his wits and his skills as a technical climber, paraglider, caver, diver, and canyoneer. 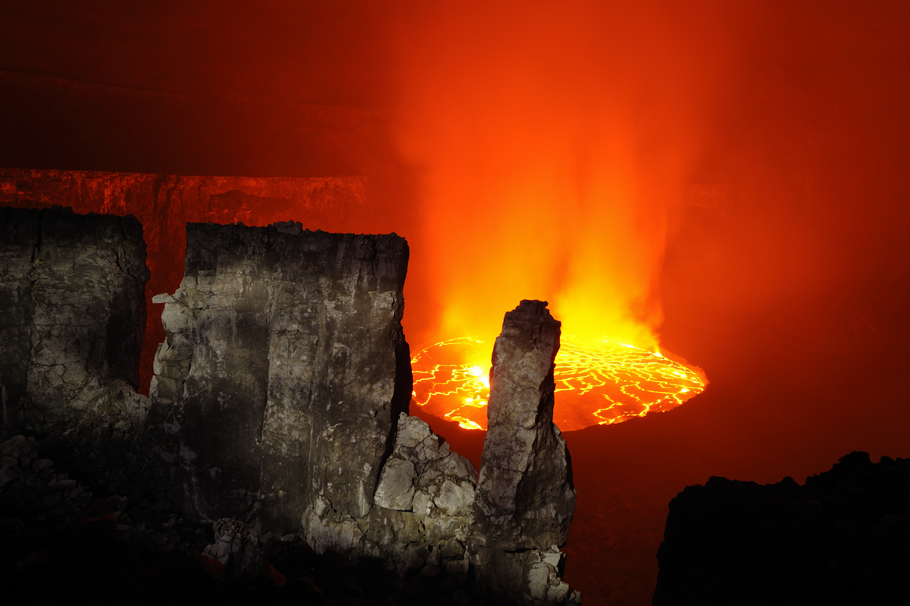 He is enthusiastically obsessed with devising innovative photographic techniques to capture never-before-seen images from some of the scariest environments on the planet. His many adventures include braving toxic caverns and acid waterfalls to shoot within the deepest ice shafts on earth, rappelling into active volcanoes with turbulent lava lakes and superheated thermal caves, and breaking altitude records while flying his motorized paraglider.

In addition to his World Press award – for his coverage of tornadoes while stormchasing in the American West – he has received an Emmy Award for his videography from inside an active volcano in the South Pacific.