Joe Petersburger is a biologist professor and photojournalist specializing in wildlife and conservation. He is a multi branched scientist with an MSc on animal behavior and a PhD on plant phylogeny.  His main interest in photography are “bugs and birds – small things in action”. 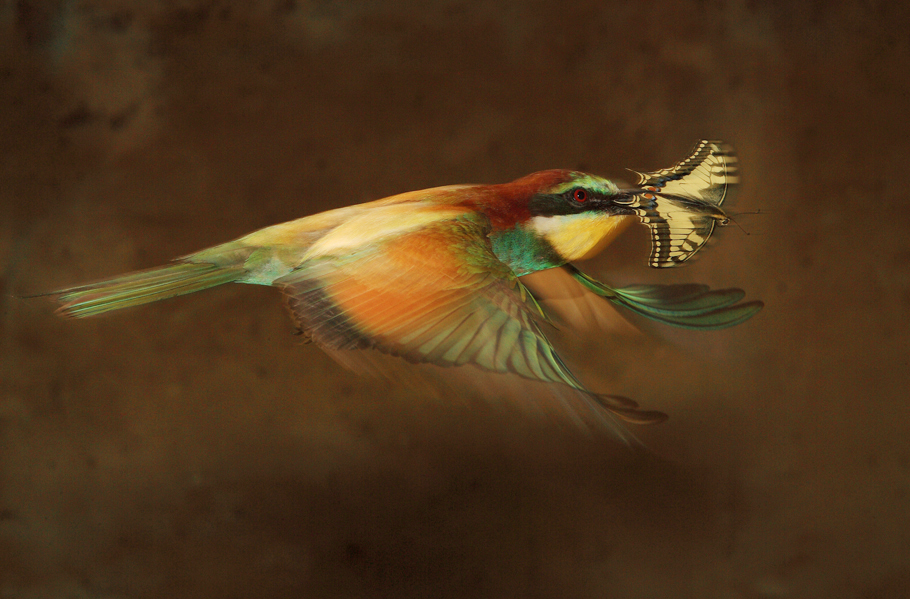 Joe is particularly interested in showing less popular/photographed species, traditions and document them on an unusual way. His photographs are often technically complex. He tries to bring attention to large number of issues that threatens our natural habitats and its inhabitants. He covered mayflies, dragonflies and bee-eaters for National Geographic Magazine so far.  Many of his pictures have been published in NG books.

When not taking photos Joe is teaching in University of Pecs/Hungary and holds inspirational lectures worldwide. He also runs Tatorjan Foundation, which deals with nature conservation and youth education.

As main photographic message, Joe is trying to inspire people to travel less and discover their own backyard, wherever they live.