Paul Nicklen uses his camera to reveal the nature of a world melting away under human-induced global warming. 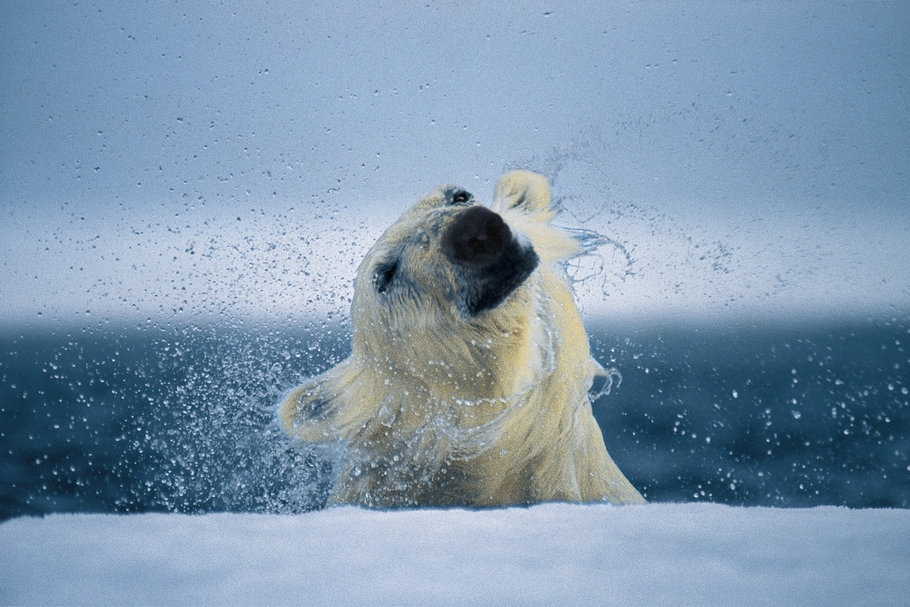 “I call myself an interpreter and a translator,” says Nicklen.  “I translate what the scientists are telling me. If we lose ice, we stand to lose an entire eco-system.  I hope we can realize through my photography how inter-connected these species are to ice.  It just takes one image to get someone’s attention.”

He has indeed managed to get people’s attention.  Whether he is ice diving among leopard seals in Antarctica, covering hundreds of miles of terrain in -40F temperatures, or mastering aerial shots from his ultralight plane, Paul Nicklen has specialized in photographing polar regions since 1995.  A unique childhood among the Inuit in Canada’s Arctic and a professional background as a biologist in the Northwest Territories enable him to take on the most inhospitable places on our planet.  His images reflect a reverence for the creatures inhabiting these isolated and endangered environments.

Paul has published eleven stories for National Geographic Magazine, including 2011’s August cover story on the elusive Spirit Bear.  His latest book, Polar Obsession, was published by National Geographic in November 2009 and was in its third printing within months of publication.  He has received more than twenty international awards, including five awards with World Press Photo (including Nature: First Prize Story 2010), three with Pictures of the Year International, and ten with BBC Wildlife Photographer of the Year.  In addition to his TED2011 talk, appearances on television shows such as Jeopardy and in youtube videos receiving millions of hits have recently thrust him into the popular culture spotlight.