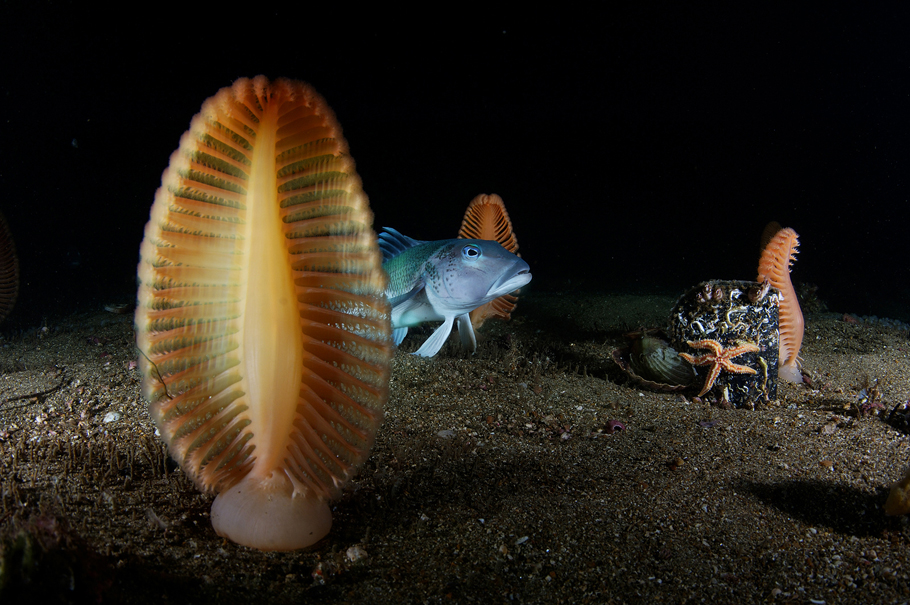 An award-winning photographer, Brian is praised worldwide for aesthetic sense as well as his journalistic drive for relevance. His uniquely-creative images tell stories that not only celebrate the mystery and beauty of the sea, but also help bring attention to the large number of issues that endanger our oceans and its inhabitants.

His nearly year-round assignment schedule frequently finds him in environments of extreme contrast from tropical coral reefs to diving beneath polar ice. While on assignment, he has lived on the bottom of the sea, spent months aboard fishing boats and traveled in everything from snowmobiles to canoes to the Goodyear Blimp to get the picture. He has spent more than 10,000 hours underwater over the last thirty-five years.

For NGM, Brian has covered stories ranging from the harp seal’s struggle to survive in frozen waters to the alarming decrease in the world’s fisheries, both cover stories. Other features have focused on subjects such as the planet’s last remaining pristine coral reefs, the plight of the right whale, sharks of the Bahamas, marine reserves, sea turtles and squid. He is currently at work on his 20th story for NGM.

Brian has also worked on assignment for or had images featured in publications such as Sports Illustrated, US News and World Report, BBC Wildlife, GEO, Smithsonian, Esquire, Audubon and Men’s Journal. His latest monograph Ocean Soul, released in November, has received worldwide acclaim.

Brian frequently lectures on photography, exploration and conservation issues having presented at venues such as TED Talks, The National Press Club in Washington, DC and the Royal Geographical Society in London. He is also a regular guest on programs such as NBC’s TODAY Show, CBS Sunday Morning and ABC’s Good Morning America. He is also the Explorer-In-Residence for the New England Aquarium.

In 2010 National Geographic magazine named one of Brian’s images among their 50 Greatest Photographs Of All Time. In 2011 he had print exhibits at Visa Pour l’Image in Perpignan, France, The G2 Gallery in Los Angeles and at the National Geographic Museum in Washington, DC.