David Liittschwager is a freelance photographer who has lived in San Francisco for the past 21 years. Between 1983 and 1986, he worked as an assistant to Richard Avedon in New York City. He continued to work in advertising for a number of years before turning his skills to portraiture with an emphasis on natural history subjects. 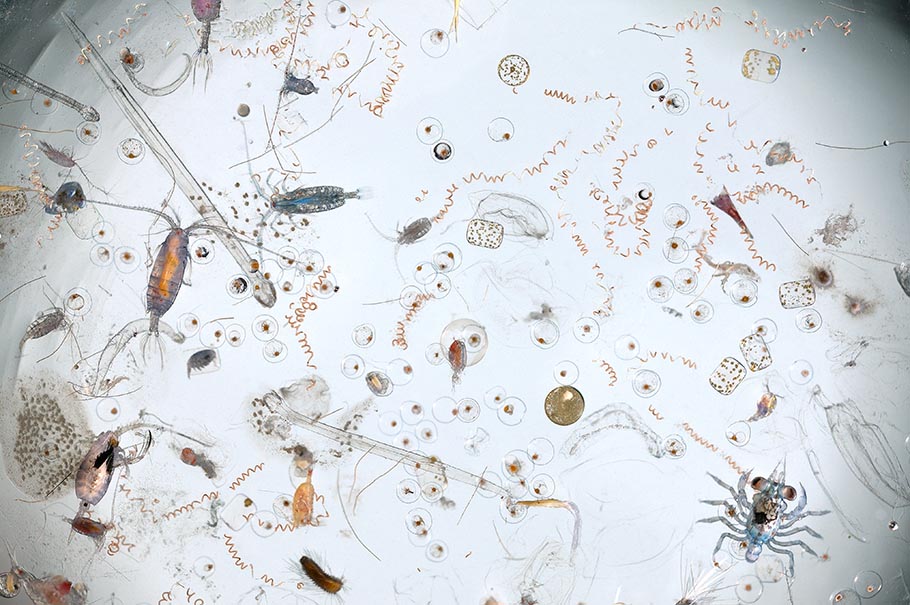 Liittschwager is now a contributing photographer to National Geographic, Scientific American, Audubon and other magazines. A recent project, One Cubic Foot will be published as a large format book by the University of Chicago Press later this year. In 2008 he collaborated with Alice Waters on the Edible Schoolyard book. In 2002 he produced Skulls and X-Ray Ichthyology: The Structure of Fishes for the California Academy of Sciences. Liittschwager’s earlier books include Archipelago, Remains of a Rainbow, Witness and Here Today.

In 2011 Liittschwager was commissioned to make the Third Annual Art/Act Exhibition at the David Brower Center in Berkeley, California. Writing for the exhibition, W. S. Di Piero described the work: “In One Cubic Foot he has created a pictorial archive of the planet’s biodiversity. The archive holds hundreds of species, from the tiniest marine creatures to birds and mammals. But its documentary purpose is only the foundation of the project. Liittschwager’s greater ambition is to inquire into the bounty of the natural order. He wants, in his words, “to present plenitude on a scale that’s manageable.” He wants, in other words, to put infinity in an ink jar then show us what’s there. The variety astonishes. His shrub land cubic foot, for instance, contains insects a millimeter in length along with twenty-five flowering plant species. The intensity of his inquiry and amplitude of his curiosity result in a particularized and summative testimony to the seemingly endless variety of species.”

Recipient of an Endangered Species Coalition Champion Award for Education and Outreach and a Bay & Paul Foundation Biodiversity Leadership Award, Liittschwager lectures and shows his work around the world in both fine art and natural history contexts. His photographs have been exhibited at many museums, including the American Museum of Natural History in New York City, the National Academy of Sciences in Washington, D.C., the Honolulu Academy of Art in Hawai’i, and the California Academy of Sciences in San Francisco. Liittschwager was honored by a 2008 World Press Photo Award for his article on marine microfauna in National Geographic magazine (November 2007).