I take on issues that stir my passions about the state of humanity and our world, and I deeply believe in the power of still images to change people’s minds. I’m driven by this fact; that the work of photojournalists and documentary photographers can have a positive impact on the world. The access people give to their lives is precious as well as imperative for this important work to get done. Their openness brings with it a tremendous sense of responsibility to tell the truth but to also honor their stories. – Ed Kashi 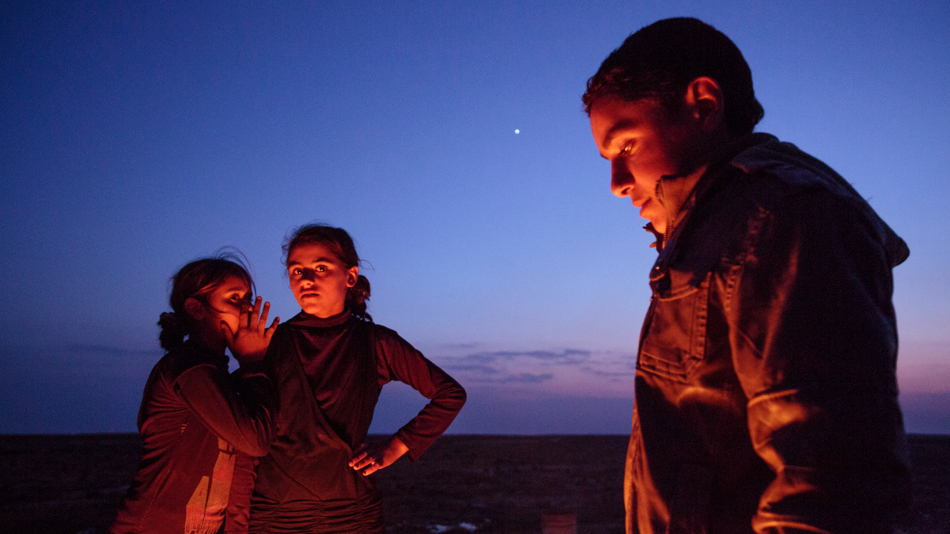 Ed Kashi is a photojournalist, filmmaker, speaker, and educator dedicated to documenting the social and political issues that define our times. A sensitive eye and an intimate relationship to his subjects are signatures of his work. As a member of VII Photo Agency, Kashi has been recognized for his complex imagery and its compelling rendering of the human condition. Through his photography and filmmaking, along with his work as a mentor, teacher and lecturer, Kashi is a leading voice in the photojournalism and visual storytelling community.

Kashi’s innovative approach to photography and filmmaking has produced a number of influential short films and earned recognition by the POYi Awards as 2015’s Multimedia Photographer of the Year. Kashi’s full embrace of technology has led to creative social media projects for a range of clients including National Geographic, The New Yorker, and MSNBC. From implementing a unique approach to photography and filmmaking in his 2006 Iraqi Kurdistan Flipbook, to revolutionary Instagram coverage of Hurricane Sandy for TIME Magazine in 2012, Kashi continues to create compelling imagery and engage with the world in new ways.

Along with numerous awards from World Press Photo, POYi, and other prestigious institutions, Kashi’s images have been published and exhibited worldwide. He has produced eight books, including Photojournalisms, Curse of the Black Gold, Aging in America, and THREE.

Hijabi World shares the stories of a group of young Muslim women speaking out about the day-to-day challenges of observing hijab in America. This Talking Eyes Media film was created as part of the Newest Americans collaborative project, and originally appeared in issue #3.

This film was published in the New York Times Lens Blog and The Atlantic.

In Nicaragua, the average lifespan of men who harvest sugarcane is 49 years. At the root of these early deaths is an epidemic known as Chronic Kidney Disease of nontraditional causes (CKDnT). In the town of Chichigalpa, often called the “Island of Widows,” 1-in-3 men, mostly cane workers, have end-stage renal failure from this fatal occupational disease that is both a public health crisis and a social injustice. In Central America alone, over 20,000 sugarcane workers have died from CKDnT in the past ten years.

Research on the subject of CKDnT indicates that repeated dehydration, severe heat, and environmental toxins might play a huge part in the rising death toll among sugarcane workers. These clues need further investigation and increased media coverage to find solutions to this critical problem that exists in Nicaragua, elsewhere in Central America, and globally. From southern Mexico to Ecuador, Sri Lanka, India and other tropical/subtropical countries, battling CKDnT is of global concern.

The film was originally published on National Geographic News on January 29, 2015.