Joe Riis (b. 1984) is a wildlife photojournalist, born and raised in South Dakota on the Great Plains. He completed his first feature for the Geographic at the age of 26, photographing the rarest bear in the world in Mongolia. Before that, he worked on two other Geographic feature stories. 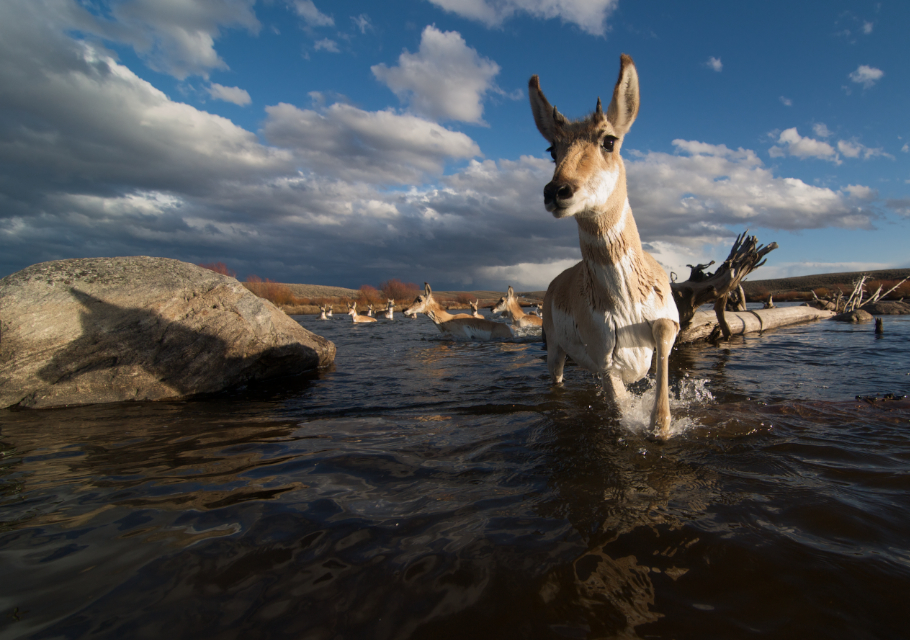 Riis approaches his work as a trained biologist and core conservationist, believing that photographs can give wild animals and places a voice in our culture. Riis established himself as a photojournalist during his pioneering work on the Grand Teton pronghorn migration, documenting the migration for the first time, and campaigning for 6 wildlife highway over and under passes which are now being built with a completion date in late 2012. Riis received an Emmy in 2011 for his pronghorn cinematography on the NG Great Migrations series.

Riis lives alone in a cabin that he built on the prairie in South Dakota on his great grandparents homestead.