Michael “Nick” Nichols is a wildlife journalist; his narratives are epics where the protagonists are lions, elephants, tigers, and chimps. Scientist-conservationists like Jane Goodall, J. Michael Fay, Iain Douglas-Hamilton and Craig Packer are all in featured roles. He came to the magazine with the legacy of a childhood spent in the woods of his native Alabama, reading Tarzan and John Carter of Mars adventures. Nichols became a staff photographer for National Geographic magazine in 1996 and was named Editor-at-Large for photography in 2008. From 1982 to 1995 he was a member of Magnum Photos. He lives in Sugar Hollow, VA, with his wife, artist Reba Peck. 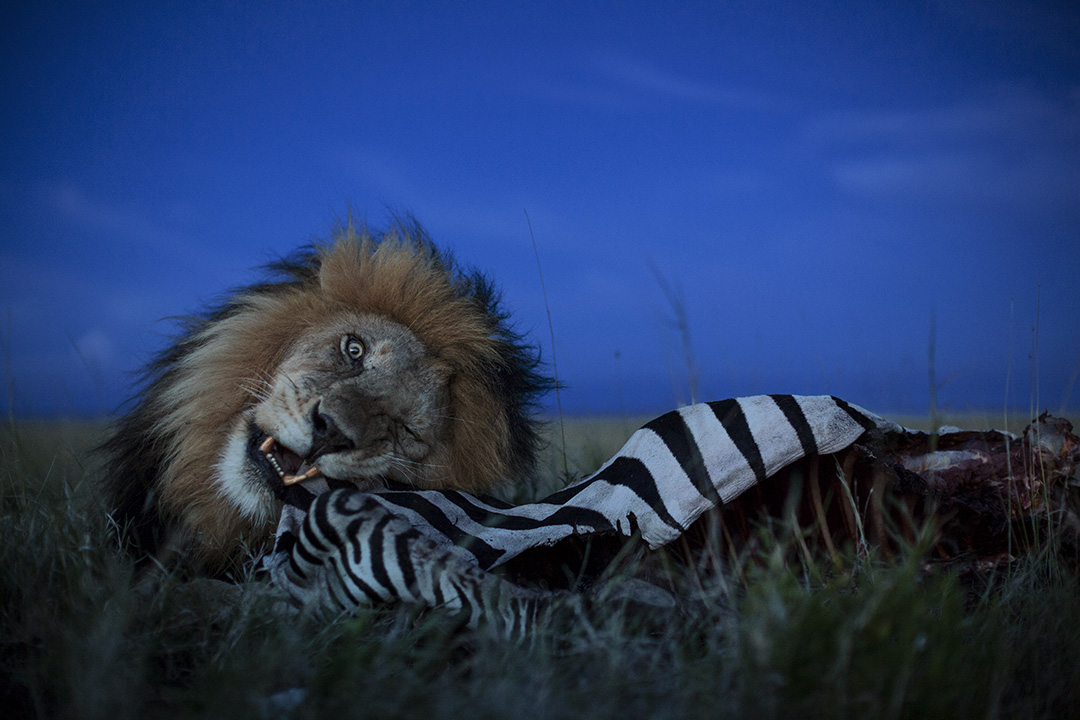 Nick has published 27 stories with National Geographic magazine most recently “The Short Happy Life of a Serengeti Lion” (NGM August 2013), breaking new ground in photographing the king of the beast using infrared, a robot controlled mini-tank for eye-level views, and a tiny, camera carrying electric helicopter. LOOK3 Festival of the Photograph featured this story at its 2013 Festival; it was also featured at The Visa Pour L’Image festival in Perpignan, France at its 25th Anniversary 2013 festival. The December 2012 cover story of National Geographic magazine, “The World’s Largest Trees,” featured a 5-page foldout of a Giant Sequoia built from 126 images. The image of the 247 feet tall, 3,200 year-old tree was made during a California blizzard. This built upon the technique used in “Redwoods: The Super Trees” (NGM October 2009), where Nichols broke new ground in photography of the world’s tallest trees by using these innovative rigging techniques to create an 84 image composite of a 300-foot-tall, 1,500-year-old redwood tree.  He is also a Founder of the annual LOOK3 Festival of the Photograph in Charlottesville, VA.  Now in its 7th year, this three-day celebration of peace, love and photography includes interviews, exhibits, projections and workshops from both established and emerging photographers.

In Fall of 2013, Aperture  published Earth to Sky: Among Africa’s Elephants, a Species in Crisis. Nichols highlights the elephant crisis through poignant images that bring us directly into their habitats—lush forests and open savannas, or stark landscapes ravaged by human intervention—to observe the animals’ daily engagements and activities.

At the heart of Nick’s mission is to preserve true wildness. Whether in the redwood forests of California or the acacia plains of Kenya, it must be documented, nurtured and protected. Nick is working to create images that show what we have to gain in caring for this magnificent planet and what we have to lose.