Nichole Sobecki (USA, 1986) is a photographer based in Nairobi, Kenya. As a member of VII Photo Agency she aims to create photographs and films that demand consideration for the lives of those represented – their joys, challenges, and ultimately their humanity. 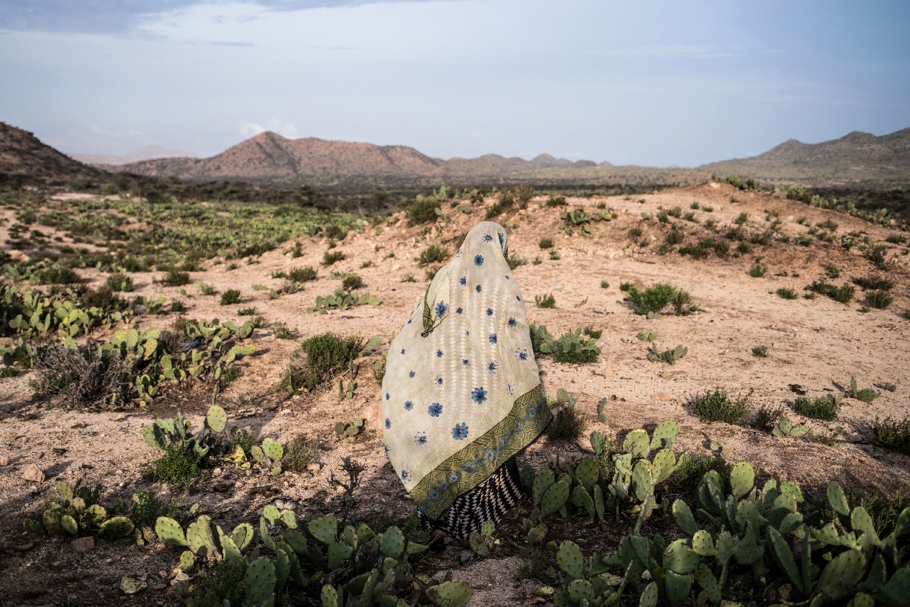 Nichole graduated from Tufts University before beginning her career in Turkey, Lebanon, and Syria, focusing on regional issues related to identity, conflict, and human rights. From 2012-2015 Nichole led Agence France-Presse’s East Africa video bureau, and was a Rory Peck Awards News Finalist for her coverage of the Westgate mall attacks in Kenya. In 2016 Nichole received a fellowship from The GroundTruth Project, allowing her to complete her long-term photo project A Climate for Conflict, which tells the story of how climate change and environmental destruction are transforming Somalia and pushing people to desperate choices and violence. In 2018 she was awarded by the Robert F. Kennedy Human Rights prize in new media for her images documenting Europe’s response to the the African migration crisis. Nichole is a 2018 European Journalism Centre global health reporting fellow and a Howard G. Buffett Fund for Women Journalists grantee.

She is also a contributor to Everyday Africa, a collection of images shot on mobile phones across the continent, and an attempt to showcase the moments missing from dramatic news images — everyday life that is neither idealized nor debased.

Nichole’s work has been honored by Pictures of the Year, the RFK Center for Justice and Human Rights, the One World Media Awards, and the Alexandra Boulat Award for Photojournalism, among others. Her photography has been exhibited at The United Nations Headquarters in New York City, Fort Mason Center for Arts & Culture in San Francisco, Musée des Arts et Métiers in Paris, Photoville in Brooklyn, The Nikola Rukaj Gallery in Toronto, and beyond. She is a passionate teacher, workshop leader and speaker.

More of Nichole’s work can be seen at www.nicholesobecki.com.