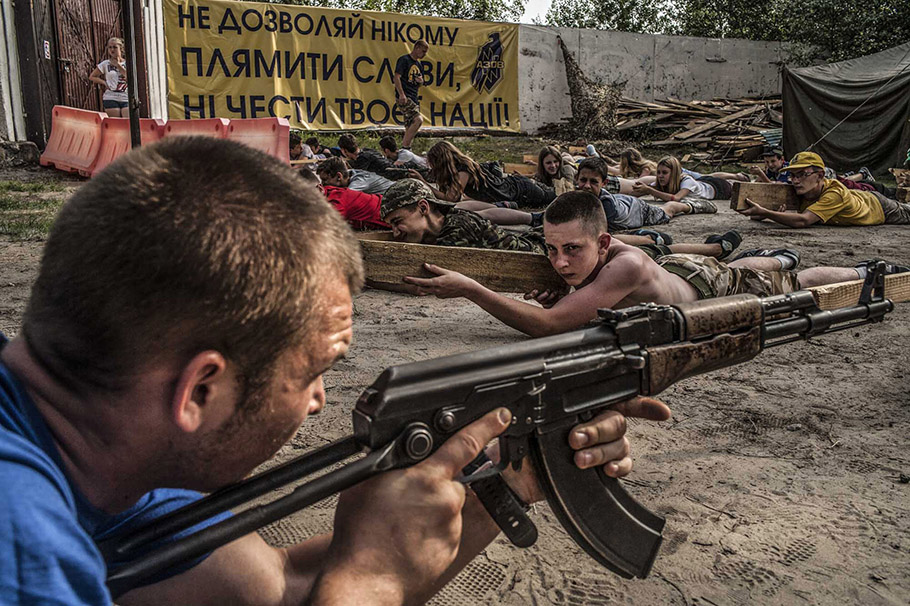 Pete Muller is an American photographer, researcher and film producer based between New York City and Portland, Maine. His work focuses on masculinities, conflict and human ecology. His ongoing project, A Tale of Two Wolves: A Study of Men and Behavior, aims to examine the interplay between gender, culture and male behavioral trends. For fifteen years, he was based in the Middle East and Africa, exploring conflict dynamics in the post-colonial world. He is a contributing photographer to National Geographic Magazine, TIME Magazine and the Washington Post, and has received awards from World Press Photo, Pictures of the Year International, the Overseas Press Club and others. His photographic work is heavily influenced by classical painting, including by the painters of the Hudson River School. In 2020, he co-produced the documentary The First Wave with Director Matthew Heinemen. He is a National Geographic Storytelling Fellow and the Cyrus Vance Visiting Professor of International Relations at Mount Holyoke College in Massachusetts.