Native Coloradoan Pete McBride has spent two decades studying the world with his camera. A self-taught, award-winning photographer and filmmaker,  writer and speaker, McBride has traveled on assignment to seven continents and over 65 countries in which he has shot and written over 25 features combined for the National Geographic Society. He has also worked for Smithsonian, Outside, Esquire, Sports Illustrated, Men’s Journal, Stern, GEO and many others including commercial clients such as Casio, Bose and Patagonia. 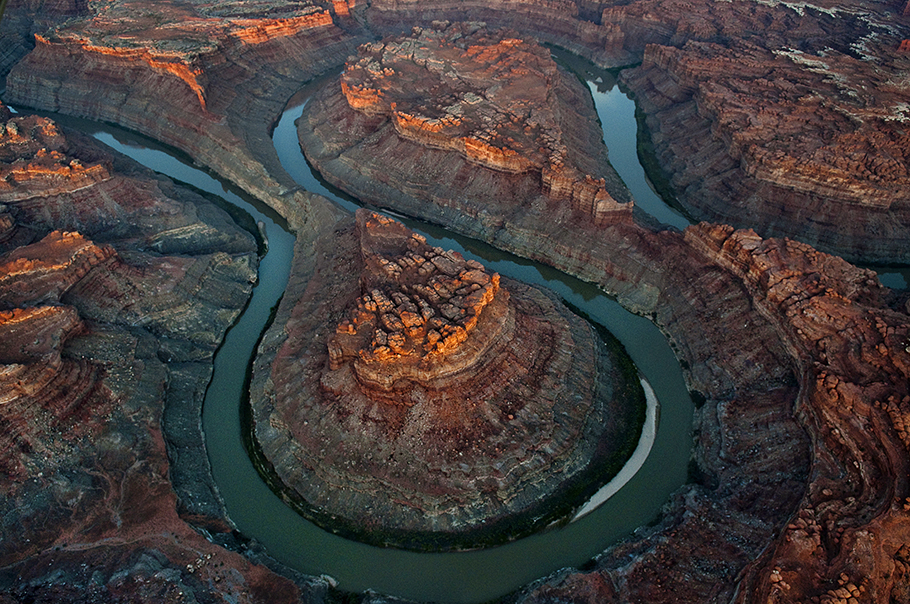 Comfortable working (and cracking jokes) at 23,000 feet on the side of Mount Everest, in a sea kayak off Antarctica or from the open cockpit of a W.W.I biplane re-enacting the first African air passage, McBride loves challenges. Known to immerse himself in a story and bring fun to the job, McBride has been seen to salsa dance a step or two throughout assignments in Cuba and even Chechnya. Covering a story on drug trafficking in the horn of Africa, McBride was detained three times and ultimately deported from Djibouti. Despite equipment confiscation, he managed to return with the images for the story.

His most recent project took over two years documenting every foot of his local river—the 1500-mile-long Colorado. One of the most loved and litigated rivers in the world, it ceases to reach to sea, forcing McBride to hoof the last 90 miles across the scorching Sonoran Desert.  His journey culminated in an acclaimed coffee table book: “The Colorado River: Flowing Through Conflict”, and an award-winning short film “Chasing Water”.  An accompanying photo exhibit currently tours in the U.S. with the last stops at: The Denver Museum of Nature and Science and The U.S. National Convention Training Center.

His humor combined with his passion for visual story telling and conservation have put him in popular demand for public speaking engagements. In 2011 he gave over 75 talks about land and water conservation to a wide range of audiences including The Nature Conservancy, Fed Ex, General Electric, Microsoft, The American Farmland Trust, and  others.  Raised on a Colorado cattle ranch, McBride is comfortable on a horse, hanging out a plane, or speaking to formal audiences in the hundreds.

In 2006/07 McBride was awarded a one-year John S. Knight Fellowship for Professional Journalists at Stanford University.  His photography honors include Pictures of the Year International, Fotoweek DC, Communication Arts, The Society of Professional Journalists among others.  His documentary “Chasing Water” has won accolades at over a dozen film festivals world wide including “Best Short Mountain Film” at the Banff Mountain Film Festival.

When not working on assignment, giving lectures or teaching workshops, you can find McBride exploring the rivers he loves and the mountains he respects. With some luck, you might catch him “cutting a rug” and grinning on a dance floor somewhere near his home in the Rocky Mountains.