Olson received an Alicia Patterson Fellowship to support a seven-year project documenting a family with AIDS, and a Robert F. Kennedy Award for his story on problems with Section 8 housing. He was also awarded the Nikon Sabbatical and a grant from the National Archives to save the Pictures of the Year collection. 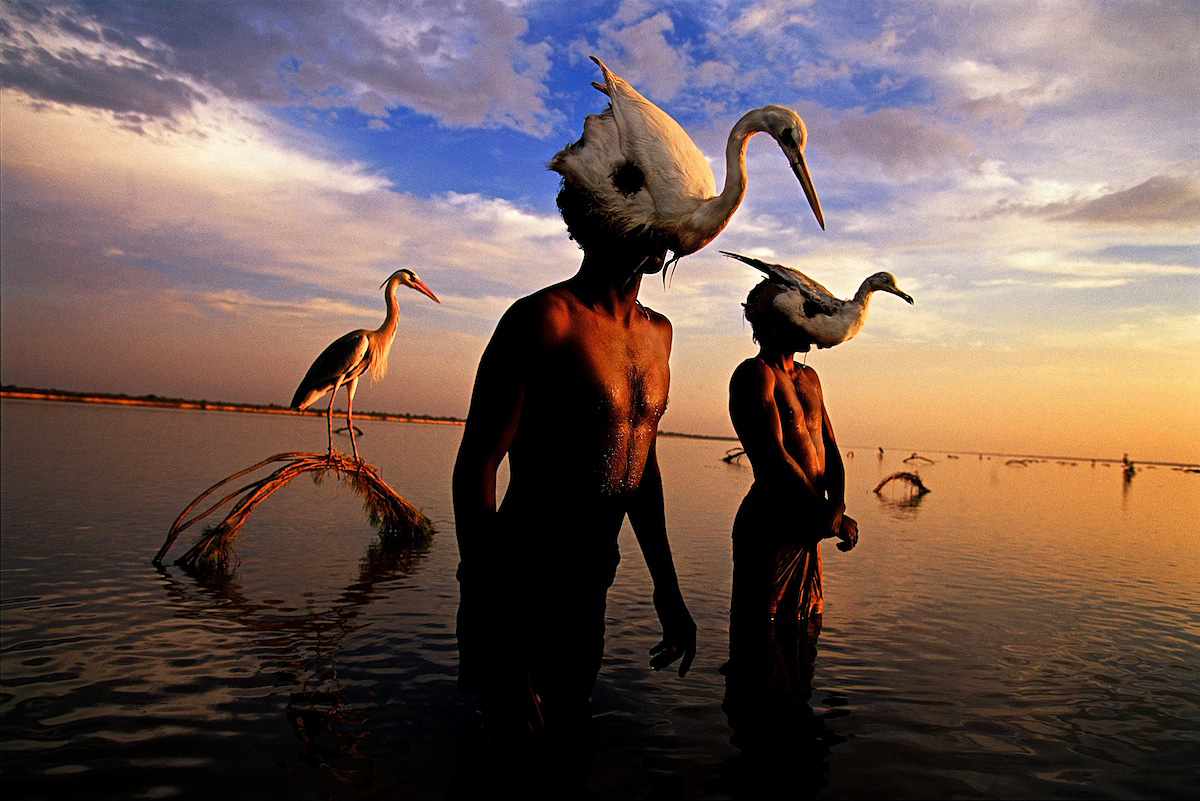 Randy Olson is the founder of The Photo Society and a photojournalist in the documentary tradition. He often works with his wife, Melissa Farlow and their work has taken them to 50 countries over the past 20 years.  Even though they are published in LIFE, GEO, Smithsonian and other magazines, they have primarily worked on projects for the National Geographic Society. They normally work individually, but have co-produced National Geographic magazine stories on northern California, American national parks, and the Alps. They photographed the southern United States for a book by Collins Publishing and have collaborated on over 70 books by various publishers.

As the economics of print dwindles they support their documentary addiction by doing advertising campaigns and corporate work.  Randy photographed the Toyota Land Cruiser campaign in the Yukon and Australia.  They have done advertising photography for Becton Dickinson, HSBC Bank, Audi, Cleveland Clinic, Stratos Global and others so they can continue to support socially responsible documentary projects. They live in Pennsylvania and Oregon.

The video below is from the Land Cruiser ad campaign Randy shot for Toyota.

2003 — Beyond the Looting: What’s Next for Iraq’s Treasures? National Geographic magazine, October

1985 — National Archives Grant to preserve the Pictures of the Year International print, and slide collection at the University of Missouri.

2018 — Newseum Best 100 Photographs from 75 Years of POYi Two photographs were chosen for this exhibit.

2013 — MAGMA exhibit: In Librino, a neighborhood of Catania, Sicily, Fiumara d’Arte has been working for 10 years with various artistic projects (including photography) to put an end to cultural and social confinement. MAGMA, a unique photography museum will be articulated in the shops and commercial centers of Librino: bakeries, gyms, hairdressers, supermarkets, etc, that will all have pictures from world famous photographers exhibited inside the shops. Visitors will be handed a map with all the museum’s locations and will have the possibility to visit the neighborhood and the photography museum passing from one small shopping area to another.

2012 — Beyond the Story: National Geographic Unpublished 2011 Grosvenor Hall, February 23, 2012 – August 5, 2012. Selected from images shot on assignment for 29 articles, the photographs in this exhibition offer a glimpse at the richness of what is left behind after editing is complete.

2011 — I Colori del Mondo, Rome Un mondo di colori di Guglielmo Pepe. A major national exhibition of National Geographic Italy. The Palace of Exhibitions in Rome – “Colors of the World” at the Exhibition Palace in Via Nazionale in Rome: 12 February – 1 May 2011

2011 —Through the Lens of National Geographic, Celebrating a Century of Visual Exploration, June 30 through October 22, 2011, Mexican Cultural Institute

2010 — Water: Our Thirsty World The Annenberg Space for Photography presents an exhibit examining the precarious state of the world’s fresh water.  Coinciding with National Geographic’s special issue “Water: Our Thirsty World,” this exhibit features the work of award-winning photographers looking at our most precious resource from environmental, social, political and cultural perspectives, March 27 through June 13, 2010

2010 — Nuru Project, Leveraging photography for social change in the developing world. Dignity exhibit was initially launched in New York and continued to San Francisco, Chicago, DC, Toronto, London, Dubai, and Karachi. In addition, there is a Dignity photo book.

2009 —Paradise: National Geographic Photographs Smith Farm Center for Healing and the Arts November 7, 2008 through January 2nd, 2009 Where… or what… is heaven on earth? Nine National Geographic contemporary masters answer the question in a new gallery show.