“In the midst of the Anthropocene, I strive to create visual stories that document the plight of our changing world.” 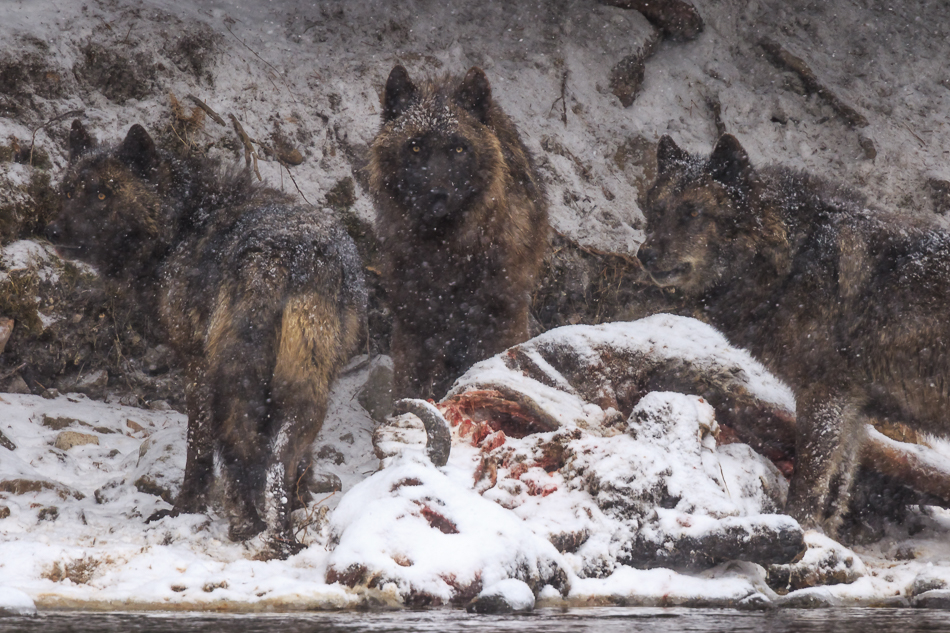 In 2011, Ronan Donovan was researching chimpanzees in Uganda’s Kibale National Park for Harvard professor Richard Wrangham when he made the images that helped him establish a career as a conservation photographer. Part of his work involved climbing fig trees to observe the chimps, and he brought his camera with him, creating a series of photographs of the primates from above. Wrangham sent the images to wildlife photojournalist Tim Laman, who put Donovan in touch with Kathy Moran, National Geographic’s senior editor for natural history. That put Donovan on Moran’s radar, but it wasn’t until 2014 that Moran asked if he’d like to try assisting photographer Michael “Nick” Nichols on a project about Yellowstone National Park. Moran initially gave Donovan a two-week contract to see if he and Nichols clicked. He ended up assisting Nichols for several months until a need arose to cover Yellowstone’s gray wolves as part of the same project, Nichols pushed for Donovan to get the assignment. Donovan spent the next year on that work, which was published in the May 2016 issue alongside stories by Nichols, Erika Larsen, David Guttenfelder and others:

Donovan taught himself the technical aspects of photography and filmmaking while working for eight years on a series of wildlife biology projects. In 2013, he decided to pursue photography and filmmaking full time because he thought he could have “more of an impact through visual storytelling” than he could as a biologist. His wildlife research work has helped him, however. “Knowing your subject in general, [in] any type of photography you’re doing, is going to make the work you do much more successful and much more powerful, because you know the moments that are unique,” he says.

At Moran’s urging, Donovan has worked to expand his storytelling skills beyond wildlife. “You can’t address conservation if you don’t address the human interaction,” he says. He took a Missouri Photo Workshop in 2015, and was on his way to another workshop in Kenya when he spoke with PDN. With the help of a grant from the National Geographic Society, he’s also pursuing a story in Uganda about how deforestation is creating conflict between chimpanzees and humans.