Jeff Gusky is an emergency physician whose career as an explorer and artist began in December 1995 when his intuition first led him to photograph a Nazi-era compound in Poland. This event inspired him to pursue a quest to understand why terrorism continues to threaten us in modern times, and how technology and the inhuman scale of modern life have cut us off from reality and disoriented our moral compass.

We now face “A Human Emergency” that’s right before our eyes yet difficult to see.

Jeff’s mission as an explorer and artist is identical to his mission as an emergency physician: to help people find the strength within to face immediate danger and chart a path to safety. What keeps us human keeps us safe. Hope lies in rediscovering the confidence, clarity and courage which brought us together on 9-11.

We live on a new frontier of human nature. We must learn to ask questions we’ve forgotten how to ask about how the overwhelming scale of life in modern cities and the dehumanizing affects of technology undermine confidence and the self-protective instincts that keep us safe in a time of terror. 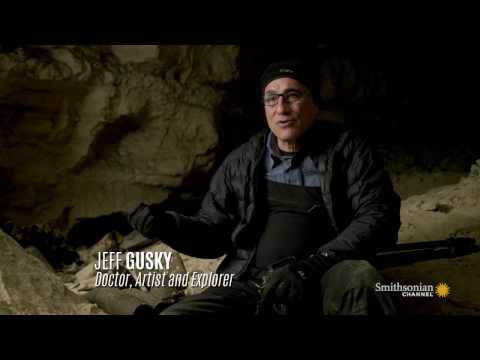 Jeff’s career as an explorer and artist began on a bleak December day in 1995 at the former Nazi concentration camp Plazow, just outside Cracow, Poland. Acting on a hunch while visiting a memorial near the camp’s entrance, he climbed a nearby hill in knee deep snow. Approaching the top, a barbed wire fence came into view surrounding a Nazi-era compound: an abandoned building with prison-bar windows next to a set of ovens, ashes still present. In the dim light and silence, Jeff experienced a strong sense that unspeakable acts of barbarism had occurred here. Guided by intuition, he began photographing what he felt… the same method he uses today.

Since that day, he’s been on a quest to understand why terrorism continues and where hope lies in a time of terror. Exploring sites across Poland, Belgium, France, Moldova, Ukraine, Transnistria and Romania where millions of innocents have been slaughtered in modern times, he’s found a common thread that links mass murder during the Holocaust to terrorism today: a moral crisis caused by the dehumanizing scale of technology and the pace of life in modern cities.

The inhuman scale of modern life cuts us off from nature, from human nature and from each other. Scale confuses our moral compass and encourages us to question the very existence of our moral core. Scale blurs the line between what’s human and what’s not. Jeff’s goal is to inspire belief in a future where we find hope in the human decency and courage of ordinary people and find safety in embracing human nature for what it is…permanently imperfect…with the potential for extraordinary goodness and unfathomable evil.

Jeff’s discoveries and photographs have been the centerpiece of the commemoration of the 100 year anniversary of World War I by National Geographic Magazine and The Smithsonian Institute. In 2017, an eighteen month exhibition of his discoveries and photographs of a Hidden World of World War I were featured in *Artist Soldiers* at The Smithsonian National Air & Space Museum on the mall in Washington, D.C.

Currently, Jeff’s discoveries and photographs of the only surviving trace of an African American combat unit are now featured in the new Smithsonian exhibition *We Return Fighting* at The Smithsonian National Museum of African American History and Culture in Washington, D.C. The show runs through June 14th, 2020.

Jeff is the author of three books. With his production partner Lone Wolf Media, he produced ‘Americans Underground: Secret City of WWI’ which premiered on the Smithsonian Channel in March 2017.

Jeff graduated near the top of his class at one of America’s top ten medical schools, The University of Washington School of Medicine. He is a member of Alpha Omega Alpha, the National Honor Medical Society and is a Fellow in the American College of Emergency Physicians. For over 25 years, Jeff has taught trauma care as an instructor in the Advanced Trauma Life Support program administered by the American College of Surgeons.