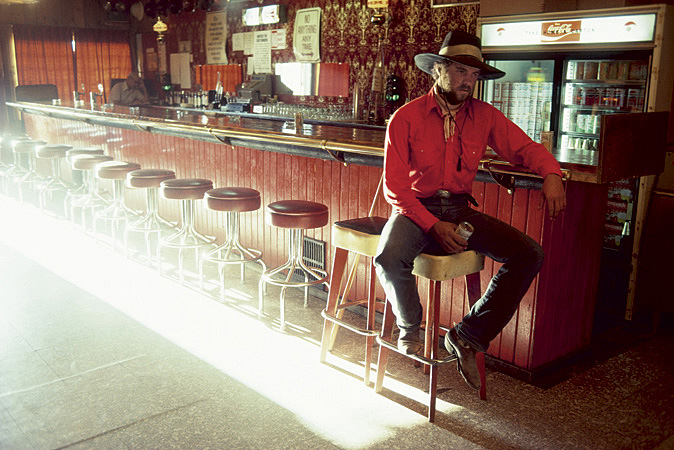 A major force at National Geographic and mainstream photography for more than 50 years, William Albert Allard has contributed to National Geographic Society magazine stories and books as a photographer and writer since 1964. Considered one of color photography’s most celebrated pioneers, Allard is a former contributor to Magnum Photos and his prints appear in private and museum collections. Producing images with a painterly quality—nuanced detail, rich color palettes, and intricate composition—William Albert Allard is considered as much an artist as he is a photographer.  The son of a Swedish immigrant, Allard grew up in Minnesota, attended the Minneapolis School of Fine Arts and the University of Minnesota from which he graduated in 1964.  In 1994 Allard received the Outstanding Achievement by an Alumni Award from the regents of the University of Minnesota.  William Albert Allard was the first recipient of The Photo Society Photographer’s Photographer Award.  Allard is author of six critically acclaimed books, including the award-winning Vanishing Breed, of which Associated Press said, “This is a classic.”  Two of his books, PORTRAITS OF AMERICA, and WILLIAM ALBERT ALLARD: Five Decades are retrospective memoirs that explore his long career in both words and pictures.  His seventh book, PARIS: Eye of the Flaneur, a 31 year retrospective of his work in Paris will be published by Edition Lammerhuber in Vienna, Austria in the fall of 2017. Allard lives near Charlottesville, Virginia, with his wife, Ani, and two dogs, Lizzy and Rosie.  Allard and his wife have a son, Anthony.  Allard has another son, David, and two daughters, Chris, and Terri from a former marriage.  His son, Scott, passed away in 2005.